Spot check at the A2/A251 junctions. All flowing freely.

The biggest stand-out? Cars being driven too quickly through the junction. Stamping of accelerators. Stamping of brakes. 1 in 50 driving much too dangerously.

The situation isn’t helped by the super-wide junction “splays” that allow cars to drive quickly around corners. Often much too quickly to be able to avoid someone who might have been crossing at the time. It beggars belief.

Likewise, the junction of Briton Road and Forbes Road.

Instead of spending close to half a million pounds on a roundabout that isn’t needed, Kent County Council could allocate a fraction of this sum to junction improvements that reinforce a 20mph speed limit and encourage walking and cycling in Faversham. 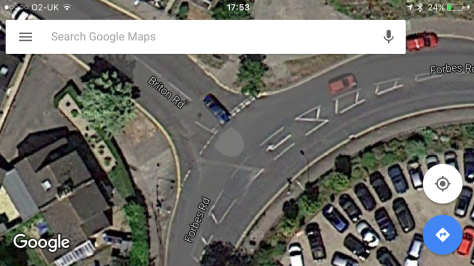 My Tweets
Join 506 other subscribers