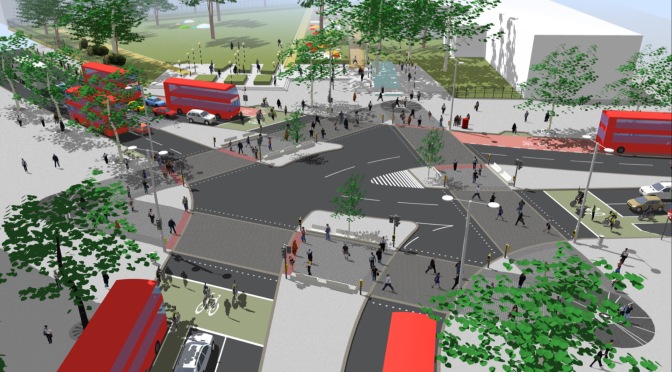 At yesterday evening’s Town Council meeting, councillor after councillor spoke in opposition to the proposed roundabout at the junction of the A2 and A251. There were many damning comments from experienced public servants who will, I’m sure, have chosen their words carefully. All of which makes the Town Council’s rejection of the roundabout even more significant.

Cllr Willcox said that he believed the roundabout would only move the problem and that the designers of the scheme had forgotten about the needs of pedestrians. He expressed grave concerns from both an ethical and a governance perspective. He said the scheme did not represent value for money.

Cllr Cosgrove said that the proposals needed to be set in the context of wider development and couldn’t be judged as a standalone project. I quite agree with these comments. He also said that further modelling work was needed. This is undoubtedly correct but let me sound two notes of caution:

First, that such modelling work will likely show that neither a roundabout nor traffic lights – nor anything short of a miracle – will be enough to accommodate traffic growth in Faversham and the wider region if the conversation remains fixed on the subject of moving vehicles. If transport planners continue to talk only about car-based solutions then many of us can tell you now – before tens or hundreds of thousands of pounds of public funds are spent on modelling – “We’re all doomed”.

Instead, design work needs to be devoted to solutions that create a radical modal shift towards walking and cycling in Faversham. Only this kind of change can offset the congestion, air pollution and road safety risk that would otherwise be created. Certainly, let’s model, but let’s model walking and cycling as well as cars. It is actually possible to model pedestrians and cyclists, although it’s not commonly done – the transport planning industry is mysteriously closed to this approach even though some of us have been running pedestrian models for over a quarter of a century.

Second, modelling requires significant resources of time and money, neither of which we have in abundance. I understand that developments in Swale are modelled on the basis of incomplete road network models because there simply isn’t the budget to do a proper job. Under current arrangements a model for Faversham wouldn’t include many of the local residential streets that would be affected by the roundabout. This is a bit like attempting brain surgery with a butcher’s knife.

We don’t have time and we don’t have money. Tomorrow morning Faversham’s children will resume their daily race across Forbes Road and The Mall. We need urgent action and we can’t wait for models to tell us what we know already. This is why so many of us, including Faversham Town Council, are supportive of a town-wide 20mph limit. The budget for this has been estimated at 60k – for the whole town. Contrast this with half a million for one junction.

And what a wonderful alternative it would be. Where people walk and cycle as well as drive. Where they do so at speeds that encourage civility not hostility. Where accident rates are lower, as we heard from our police colleagues they have been in Ashford.

Yesterday evening, Cllr Mulhern called the roundabout proposals “premature” and said he would seek to have them postponed when they come to the Joint Transportation Board. We support this entirely and we offer our alternative, people-centred approach in its place.

3 thoughts on “An alternative, people-centred approach to traffic growth in Faversham”

My Tweets
Join 506 other subscribers